I am sure that you already are her fans! And I definitely understand you!

I already love Gloria Estefan’s voice and her music. And “Here we are” is my all-time favorite of all her songs. I can listen to this one over and over and over again and I never get sick of it. Just fantastic!

If you have not heard this song – do it! Listen it and you will fall in love with it just as I do!

Today I will present you the song

I love this song, because of the cute lyrics, great beat, and sound. I have nothing more to say about this song because it’s one of the songs for which the words are never enough.

I’ll tell you only –

The Airbus Helicopters H215 (formerly Eurocopter AS332 Super Puma) is a four-bladed, twin-engine, medium-size utility helicopter developed and marketed originally by Aérospatiale, later by Eurocopter and currently by Airbus Helicopters. It is a re-engined and more voluminous version of the original Aérospatiale SA 330 Puma. First flying in 1978, the Super Puma succeeded the SA 330 Puma as the main production model of the type in 1980. Since 1990, Super Pumas in military service have been marketed under the AS532 Cougar designation. In civilian service, a next generation successor to the AS 332 was introduced in 2004, the further-enlarged Eurocopter EC225 Super Puma.

Perfect for the biz – the fashion for biz-meeting – the hardware for the connect in the world – warm welcome Alexa at the office!

Gloria Estefan’s week continues with one of her most popular songs.

Dr Beat went to the top of the European dance charts. The song’s popularity prompted CBS to move the group to Epic, a parent label, and inspired group members to write songs in English. The rousing dance number “Conga” became the first single to crack Billboard’s pop, dance, black and Latin charts simultaneously.

Today begins Gloria Estefan’s week! In these 7 days, I will present you 7 of her most popular songs. And the first one is “Conga”!

The singer has sold over 70 million albums during her long career. She has a star in the Alley of Fame and has a bunch of awards. And all fully deserved! Gloria Estefan is the winner of 7 Grammy Awards. And why not? Who has not heard her songs? We all ever danced in tune with the melodic rhythms of the charming latino diva.  Now I leave you to do exactly that! 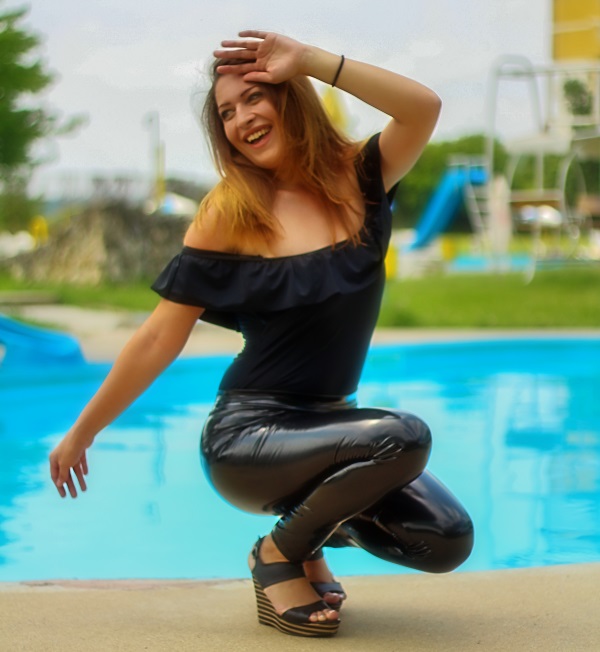 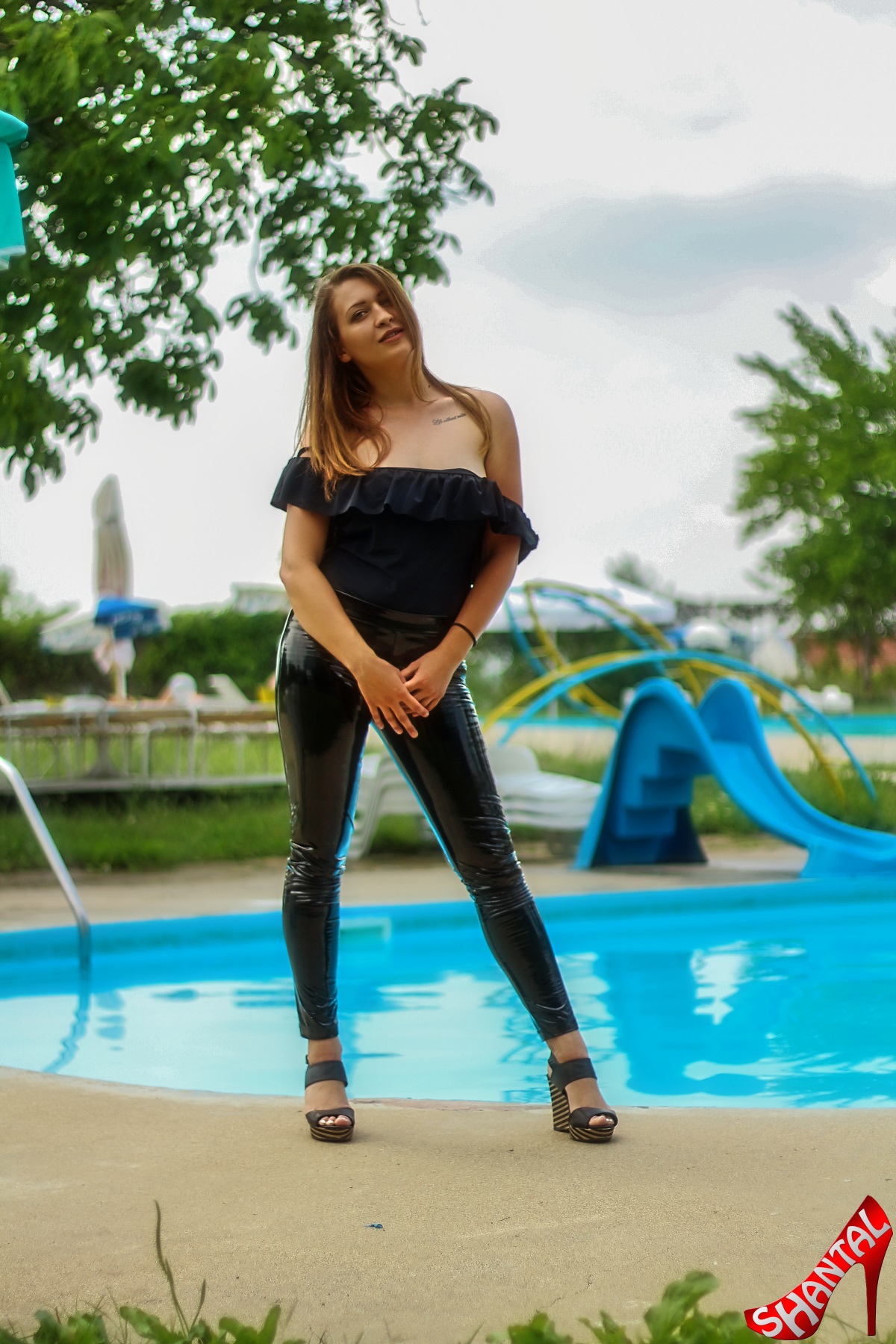 Photos from Yo in july 2019 at the pool – wearing summer high shoes and black dress – black shiny vinyl legging.